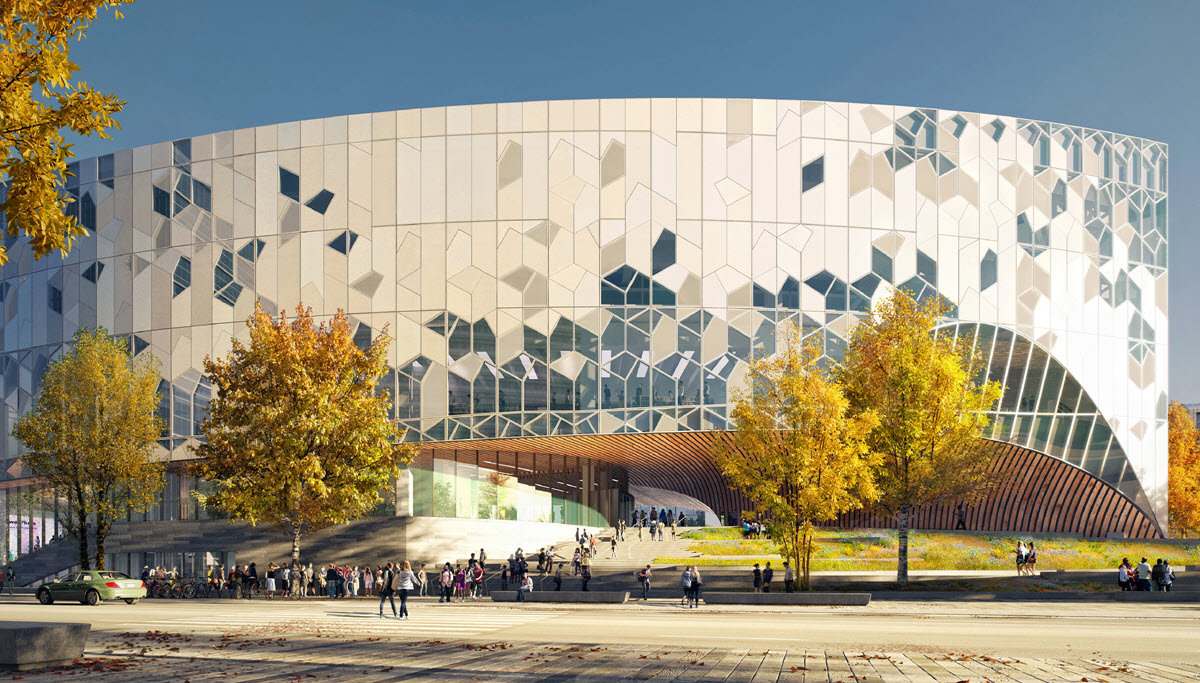 The city of Calgary is making international headlines for the construction of their New Public Library. The development was listed on Architectural Digest’s list of 12 Most Anticipated Buildings of 2018.  With a $245-million price tag, the new library will open in November of this year and is expected to be completed on time and under budget.

The project is an architectural collaboration between Canadian based firm DIALOG and Norway’s Snøhetta and is being overseen by the Calgary Municipal Land Corporation (CMLC). DIALOG is known for some other Calgary landmarks including the Calgary International Airport, Telus Spark Building, and Energy Environment Experiential Learning Project at the University of Calgary, among other Canadian and US projects. Snøhetta’s designs can be seen around the world, including places such as Norway, Egypt, Saudi Arabia, and San Francisco. You can view some of the other projects by DIALOG and Snøhetta here.

The Calgary Public Library is elated to have these two working with them to build the new state of the art facility. The Communications Director for the library, Mary Kapusta claims, “not only is this going to be a huge landmark for Calgary, this is going to be an internationally recognized landmark for Western Canada.”

Located between downtown Calgary and the East Village, the library will act as a gateway between the two neighbourhoods. The exterior will feature large geometrical shaped windows that create an open ambience on the inside. A natural wood archway will allow for pedestrian access from one side of the library to the other without having to enter the building. The interior will also feature lots of natural wood as well as an enormous skylight in the roof designed to look like a human eye, called the oculus.

Calgary’s new public library will not only be beautiful, it will also be a functional space for learning and community engagement.  Plans have been in place since 2004 and have incorporated feedback from Calgarians as to what role they wanted the New Central Library to play in the community.

With it’s 240,000 square feet of usable space and five levels, the library will boast a 350-person performance hall, 30 free meeting rooms, spaces for children and teens with media centres, studio space, and more. The library itself will contain 600,000 items and plenty of quiet study space. “We’re all book lovers so we want book lovers to have a great place to research and read,” says Kapusta.

The building is seen as a “huge engineering marvel” as it sits above Calgary’s Light Rail Transit system. The construction has been ongoing while LRT trains carry commuters underneath a tunnel without interruption.  You can see the encapsulation process of the railway in this time lapse video.

To learn more about the Calgary’s New Central Library, you can visit their website here.

Other projects on the Most Anticipated Buildings of 2018 list include the ARC Power Plant in Denmark, The Mwabwindo School in Zambia, Nanjing Green Towers in China, and the National Museum of Qatar in Qatar. You can see the full list here. 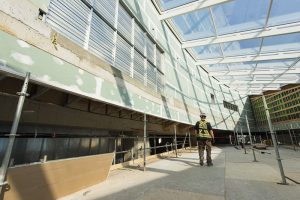 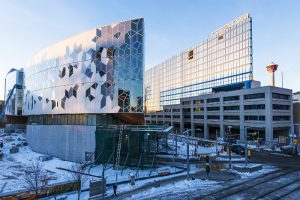 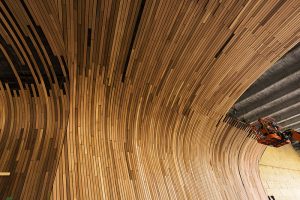 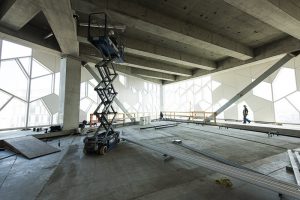 All photos by George Webber Photography and provided to the New Central Library.